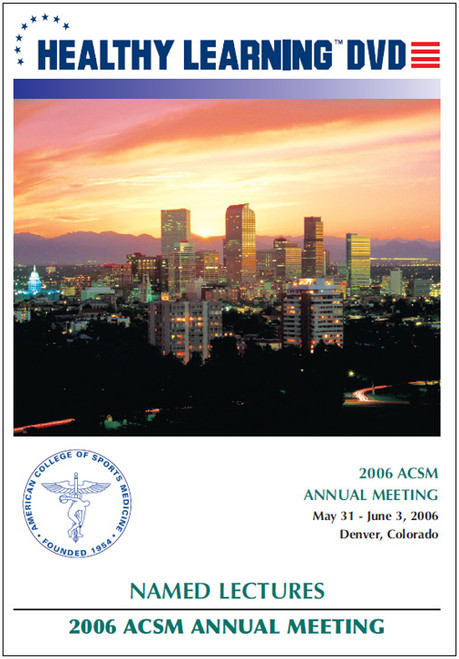 The (10) named lectures from the 2006 ACSM Annual Meeting are featured on four DVDs. The DVD set also features footage from the 2006 Annual Meeting awards night. Over nine hours of authoritative information and insights on sports medicine and exercise science, including:
Produced in cooperation with the American College of Sports Medicine.