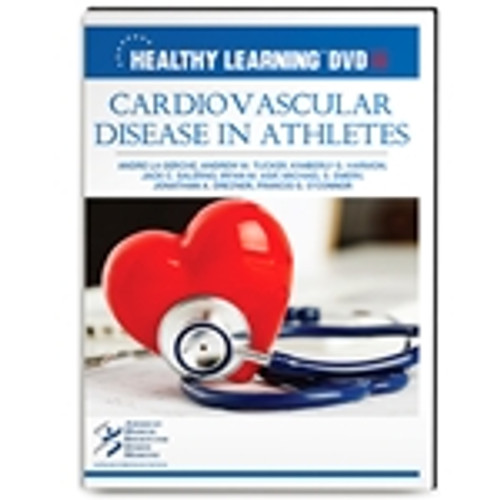 Cardiovascular Disease in Athletes features several world-renowned experts who explore a number of vital issues and topics in the area of athletic-related cardiac disease. The video discusses the results of several studies addressing cardiomyopathy and mortality in athletes, and covers the essential question, â€œIs it healthy to have a big heart, and when does that become a risk for arrhythmias?â€ Ultimately, the video points out that athletes do live longer, while also conceding that longevity has many other factors. The video also looks at a recent chronology of the work of the NFL's Cardiovascular Health Subcommittee, with regard to the commonly held viewpoint that NFL players have shorter life expectancy. It also explores common perceptions about sudden cardiac death (SCD) by examining the methodologies used by, and resultant data from, available studies of athletes at various levels of competition. In addition, the video presents an overview of wolff-parkinson-white-sydrome, an electrical abnormality of the heart, in an attempt to understand why athletes with this disorder are at risk for sudden death, as well as how to evaluate and manage these athletes. Furthermore, the video examines a first-of-its-kind study and model of an athlete's stages of psychological impact and risk of high stress due to a diagnosis involving a serious cardiac disease. In addition, the video offers recommendations and goals for athletes with cardiovascular disorders, including congenital, genetic, and ischemic disease, at both the competitive and recreational levels. Subsequently, the video reviews recommendations of the NCAA CV Task Force that focus on the â€œhowâ€ of pre-participation cardiac screening to identify disorders associated with sudden cardiac death. In that regard, the video considers the present standard of care and the factors in policy making for such screenings.
×

Recent Advances in the Prevention and Treatment of Cardiovascular Disease