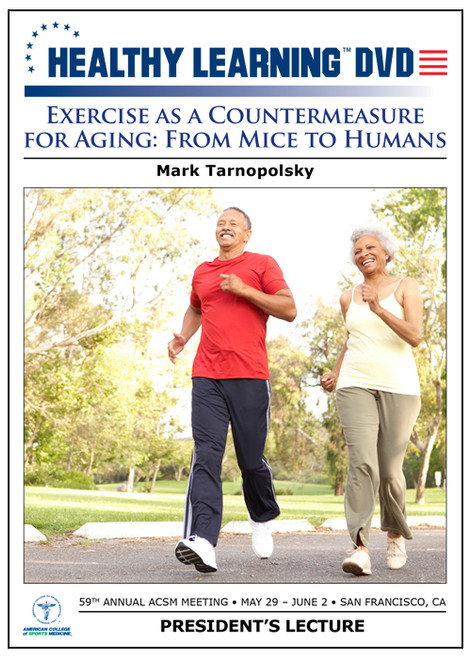 Exercise as a Countermeasure for Aging: From Mice to Humans reviews the results of several studies and explores the issue of how physical activity can impact the aging process. Featuring a President's Lecture presented at the 2012 ACSM annual meeting, the DVD discusses what it is about aging that is important from a muscle functional perspective, as well as why resistance exercise can be an effective countermeasure to muscle atrophy. The DVD also looks at the fact that endurance exercise can have a positive effect on aging.
Among the topics covered:
• What is sarcopenia of aging?
• Muscle histology, phenotype and aging-similarity to mitochondrial disease
• Resistance exercise as a countermeasure to sarcopenia
• Gene shifting-satellite cell biology
• Running is good for you
• Exercise attenuates many aging features
• What about voluntary exercise?
• Systemic effect of exercise on mitochondria in humans
• â€œExerkinesâ€-current work
×

Aging With Attitude: The Impact of Exercise on Quality of Life

The Aging of America: Implications for Exercise Programming