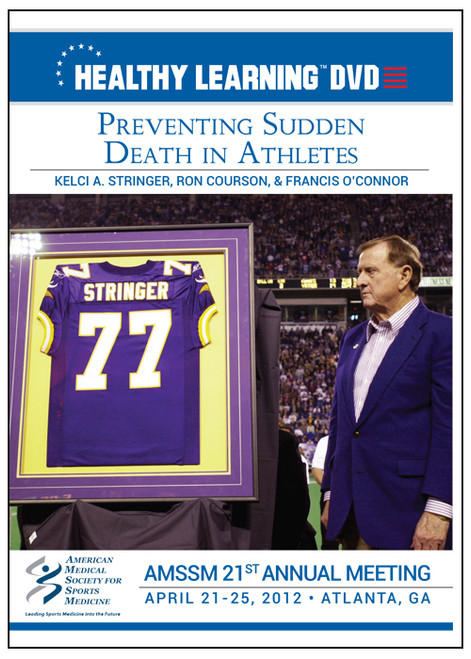 Sudden cardiac death is the leading cause of death in young athletes on the playing field, and is typically the result of undiagnosed structural or electrical cardiovascular disease. All factors considered, prevention is the key. As such, sports medicine practitioners need to understand the risk factors that predispose athletes to greater risks of sudden death, including environmental factors, hereditary factors, and underlying medical conditions. Such information can help practitioners prevent such an incident from occurring during a sporting event, as well as assist in an emergency action plan. In that regard, Preventing Sudden Death in Athlete provides an overview of several aspects of the management of sudden cardiac death in athletes, including the role of sickle cell trait and steps that should be undertaken should an on-field arrest occur.
Among the topics covered:
• Korey Stringer Institute (Kelci A. Stringer)
• Preventing Sudden Death: Sudden Cardiac Arrest (Ron Courson)
• Sickle Cell Trait in Warriors and Athletes: What We Know, What We Don't Know, and Where Do We Go From Here? (Francis G. O'Connor)

Sudden Cardiac Death in Athletes: Can We Make a Difference?

Involving Ethics Education Throughout the Curriculum: The Key to Professional Evolution of the Millennial Student