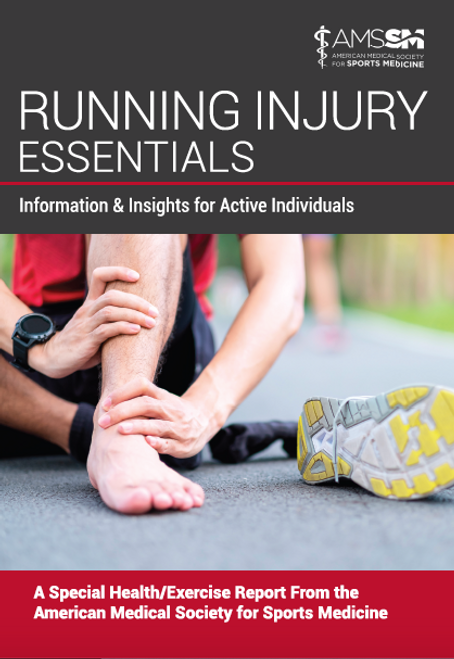 Running, as a form of locomotion, is thought to be, from an evolutionary perspective, 4.5 million years old from when bipedal motion initially occurred. From the perspective of human development, running is a motor skill that is typically acquired between 18 and 24 months of age. Running is a normal human function whether it be for survival, fitness, competition, or a necessary attribute for another form of sport.

Fitness and weight control are the two most commonly cited reasons people choose to run. Why not? It’s an activity that needs minimal equipment, doesn’t need a venue or a playing partner(s), and, since most people have been running since very early age, no new skills are necessary.

On the other hand, as most people know, there is a risk for injury associated with running. As the chapters in Running Injury Essentials point out, most running injuries are considered repetitive activity injuries—commonly referred to as “overuse” or “overload” injuries. The repetitive nature of the running stride leads to adaptation of the muscles, tendons, and bone. If the load applied to the body from the impact of running exceeds the ability of the tissue to adapt, maladaptation can occur in the form of an injured muscle, tendon, or bone (a stress injury, e.g., “stress fracture”).

Accordingly, given the relatively high likelihood of injury associated with running, it is important to identify factors that may minimize injury risk. Should an injury occur, and as already stated it likely will, it is also important to be able to identify the problem and implement possible remedies as soon as possible. This book is designed to serve as a viable resource in that regard.

Prevention of Running Injuries: An Evidence- Based Review

PAVING the Path to Wellness Workbook-Epub

Surviving Disordered Eating: One Bite at a Time

101 Things You Should Know About Breast Cancer

50 Nifty Facts About Your Muscles and Strength Training

What does a Whole Food, Plant-Based Diet look like?