Why Reinvent the Wheel? Leave No Trace Success Stories From ACA Camps 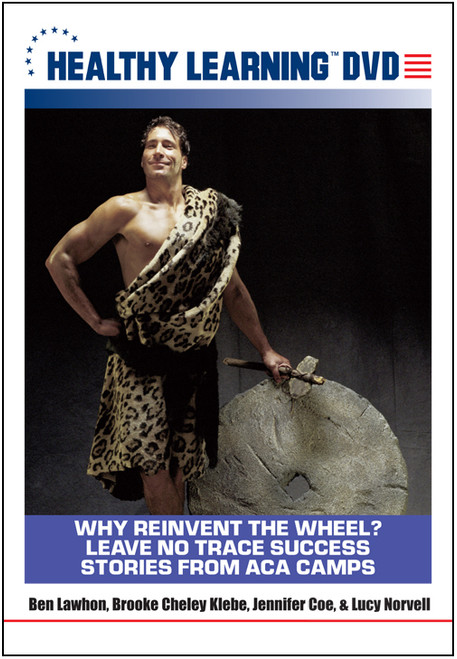 Why Reinvent the Wheel? Leave No Trace Success Stories From ACA Camps

As the partnership between the American Camp Association and Leave No Trace has grown, it can be argued that campers and staff have both benefited. Why Reinvent the Wheel? Leave No Trace Success Stories From ACA Camps features several camp staff members who explain how they've successfully implemented Leave No Trace programming and why its working so well for them. The DVD details ideas that camp staff can use to easily and effectively bring Leave No Trace to their camp.

Among the topics covered:

Biophilic Design and Why It Matters to Camp

A Snapshot of Campsites, Facilities, and Programs: Results From the 2010 Survey of ACA Camps

Why Camp? And Why My Camp? Articulating the Value of the Camp Experience

How Camps Can Reinvent Themselves for Today's Family: Why Data-Driven Decisions and Social Media Matter

Women and the Lumbo-Pelvic Puzzle

Women`s Health Across the Lifespan

Work/Life Balance: It's Backward to Begin With

Work Like An Athlete: Championship Training for the Fitness Business

Working Between the Lines